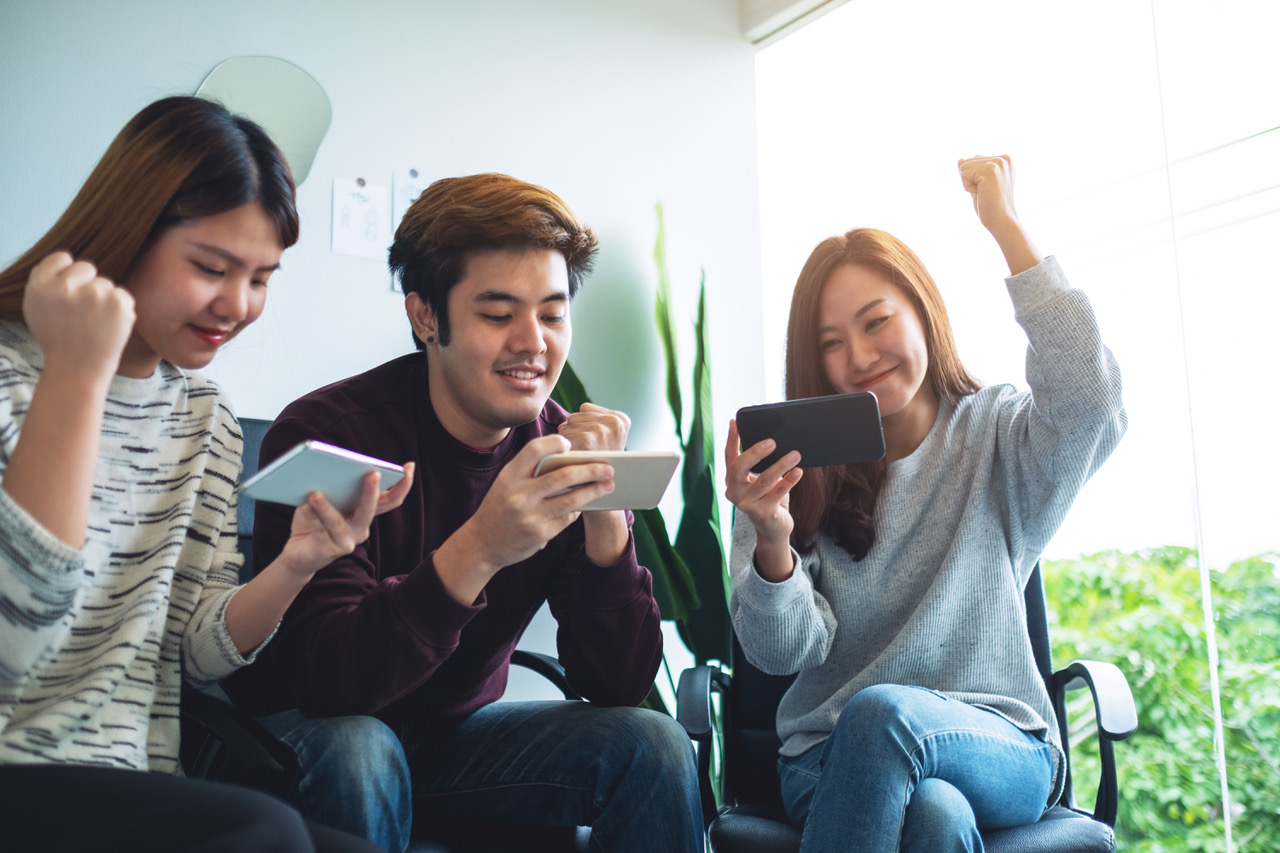 The gaming industry creates comradery and sportsmanship through online and mobile gaming.

The gaming industry of eSports, mobile and online gaming tournaments is an ever-evolving industry that is big business for developers, advertisers, and the players themselves.

Essentially, online gaming is an activity in which two or more players compete in the virtual environment of a video game.1 These tournaments can range from 2 to an unlimited amount of participants, each participant competes on equal terms, whether they are competing in the same location or halfway across the world from each other.

The first official gaming tournament was held in 1972 at Stanford University, where 5 players competed against one another in SpaceWar! tournament. Shortly after in 1980, Atari held their Spaced Invaders Championship in Los Angeles. This event brought in 10,000 gamers with their 2600 Atari consoles and rear projection TVs. This led the way for later game developers such as Nintendo Entertainment System (1985) and Sega Master System (1985) to gain popularity in consumers’ homes, as people moved away from the then-popular arcades. As the technology evolved in the video games and computer gaming industry, so did mobile telephones and their technology. In 1993, the Siemens S1 and the IBM Simon smartphones were both released, giving their users access to Klotz (similar to Tetris) and Scramble, respectively.2 Following these was Nokia with the release of Snake, the most notable and memorable smartphone game for those who were using mobile phones at this time. Nokia’s 6110 (1988) was the first smartphone to allow a two-player game on its device. This opened up the opportunity for game developers, programmers, and mobile companies to expand the use of their technology and gain a larger audience. With these technological advances, mobile phone games became increasingly sophisticated, taking advantage of exponential improvements in display, processing, storage, interfaces, network bandwidth, and operating system functionality.3

The largest advancement in mobile gaming and app technology came with the launch of Apple’s iPhone in 2007 and the App Store in 2008. The iPhone’s technology, including its sensing devices, opened up a whole new world of opportunity for game developers. As Apple’s number of customers increased, so did the variety of apps a user could download from the App Store. Today, the mobile gaming industry has over 2.5 billion players worldwide. Mobile games come in a variety of genres – sports, racing, puzzle, battle royal, MMORPG (Massively Multiplayer Online RPG), arcade, and RPG (Role-Playing Games), to name a few.

Many people argue that playing a mobile game is isolating, and anti-social and that too many young people spend too much time on their devices without interacting with others. However, with the technology of online tournaments, cups, and matches through mobile devices, users are introduced to like-minded players all over the world. There are several ways that users can download and compete against other users, whether it be a next-door neighbor or someone in Japan playing against someone in the United States. GameBattles, part of the Major League Gaming Network (MLG) is one of the largest eSports services available that provide cash prizes for tournaments and cups of its games. Users can download the platform through the App Store and link their gaming accounts through the app. Tournaments are set up with users and throughout the platform, many with high-stake cash prizes, often covered by advertisers, sponsors, and user fees.

The mobile tournament and gaming technology isn’t just for RPG games where players compete in an arena, or world per se, of the game. Tournaments are often set up like brackets with players, similar to that sports tournaments and cups. Apps that use sports technology and motion tracking sensors can engage the users to be active and social while using their mobile devices. The KickerAce app by Sports Computing4 is an example of an app that uses AI technology and encourages people to compete with one another and unite them with their passion for soccer. Users can compete against one another in freekick tournaments and shootouts, creating their own tournaments with friends, their soccer club or a friend in another city or country. The KickerAce app is available in the App Store for iOS and Google Store for Android as a free download, allowing anyone to play, no matter what their financial situation may be.

As the number of the mobile games in the industry continues to grow, the technology of apps and how they interact with their users evolves. In the last year of a global pandemic, bringing people together without having to actually BE together has been the main focus of many developers, and something that we will continue to see in the future.